Andy Rementer is Back

Within the 2017 edition of the Treviso Comic Book Festival, Fabrica is pleased to announce the return to Treviso of a good friend: Andy Rementer, award-winning American creative, will be in Italy for “Andy Rementer is Back”, an exhibition and a lecture about his colorful universe of design, cartooning, painting and animation. With the curation of Fabrica, the exhibit (23 September – 8 October at Fondazione Benetton Studi Ricerche) explores the artist’s bold and flourishing career, bringing him back to Treviso, a city that, during his scholarship at Fabrica from 2005 to 2007, was a place of inspiration and adventure.

Rementer’s fascination with drawing, color and story-telling is shown through a collection of specially curated zines, sculptures and illustrations from the last 10 years of his career, including original sketchbooks which reveal his process as an artist. An explosion of colors, stories and characters that, thanks to the brilliant and often ironic visual language of Rementer, immerses the visitor in a lively and surreal imagery.

Andy Rementer is a creative person from the USA. Growing up in a Victorian beach town, he is attracted to the past and loves hand-made typography, vintage colors, and flea market finds. After his graduation from The University of the Arts in Philadelphia in 2004, he was awarded a scholarship at Fabrica. Afterwards he relocated to the East Coast where he divides his time between painting, illustration, drawing and cartooning.
His colorful and vibrant work has been featured through a variety of sources including The New York Times, MTV, Urban Outfitters, The New Yorker, Warner Brothers, Apartamento Magazine and Creative Review. He has exhibited his art in solo and group shows throughout Europe, America and Asia. He was recently awarded as a Young Gun by the Art Directors Club.
Exhibition 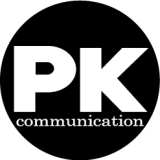