Cuba, the island of Running

La Habana, 23rd October 2018. In less than a month, on the 18th November, La Habana will celebrate the Global Ports Marabana Cuba, an event which aims to reach 5.000 runners on this important date of the Running calendar.

Up to this date, participants from no less than 51 different countries have confirmed their involvement to join the Marathon and run through one of the most charming cities in the world. The foreign country which will bring more participants to Cuba is USA, with about 27.5% foreigners crossing the starting line, followed by France (9%), Mexico (8%) and Spain & Germany, both with 5%.

The 18th November, is an emblematic date for Cubans, as it is also their Physical Culture and Sports National Day. Furthermore, it also coincides with day where the Villa San Cristobal de la Habana was founded and declared by the UNESCO as a World Heritage.

The Global Ports Marabana Cuba is an event which will take place in four different distances (marathon, half marathon, 10k and 5 kilometres) and will start and finish in the same spot: in the “Paseo del Padro” between “Teniente Rey” and “San José” (in front of the “Capitolio”). Runners participating in the Marathon distance, of 42 kilometres, will pass in front of the most emblematic sites of the city, such as the previously mentioned “Capitolio”, the Revolution Museum, the famous “Malecon” or the Revolution Square, amongst others. The weather, the music and its people are other key reasons and attractive aspects to travel to the Caribbean Island, as well as, the Global Ports Marabana Cuba. 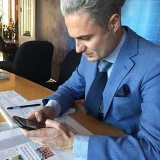