With barely any time to sit back and recover from the Marathon du Mont-Blanc only 2 weeks ago, the world’s best trail running athletes are back together for the 3rd stage in the Golden Trail World Series in Canazei at the heart of the Italian Dolomites for the DoloMyths Run!

Canazei, at an altitude of 1,450m in the heart of the spectacular Italian Dolomites, is the start and finish of this 3rd stage race. 22km may not seem intimidating but add 1,700m vertical elevation to the first 10km right out of the starting block taking you up through the dizzy rocky and scree-ridden climb up Pordoi’s Corridor to Hell to reach Piz Boè’s summit at 3,152m, take in the spectacular arial views, and then plummet over the other side into a 12km descent in the treacherous loose scree and rocky valley that eases out into a glorious wooded single-track to guide you back to the finish line in Canazei. Fierce, steep, short, fast, and treacherous – this race is NOT for the faint hearted.

The times to beat:

The Story So Far…

The second stage of the Golden Trail World Series at the Marathon du Mont-Blanc saw a rumble in the jungle in the men’s race, with a stacked field fighting for the leader’s position in the first part of the race, the Norwegian Stian Angermund (Team Salomon, Norway) pushed his prowess up through the pack and into the lead to take the win with Viking force 2 minutes ahead of the 2019 winner Italian Davide Magnini (Team Salomon, Italy), and Bart Przedwojewski (Team Salomon, Poland) grabbed the third place podium through his sheer grit.

The women’s race saw a flash of lightening known as the Swiss Maude Mathys (Team Salomon, Switzerland) fire off the start line, never to be seen again by her pursuers and finishing 9 minutes ahead of Anaïs Sabrié (Team Matryx, France) who stayed focused and constant throughout to take the second podium spot, and Blandine L’Hirondel (Team Hoka One One, France) taking an incredible third place after suffering a sprained ankle, almost quitting, and digging deep to fight for the sport she loves. The women’s top ten group behind was a nail-biting dance jostling for positions!

Check out who’ll be battling it out at the DoloMyths Run in round 3 of the GTWS 2021:

The Men’s field is firing on all cylinders:

The third race of the season for Stian Angermund (Team Salomon, Norway), two wins in the bag and currently leading the overall ranking, who can stop him? Davide Magnini (Team Salomon, Italy), 2019 DoloMyths’ winner, is on home ground and currently ranking second place overall, he has big fish to fry – can he hold onto his title? Nadir Maguet (Team La Sportiva – Italy) will be flaming at his heels in his second race of the series, 4th at Olla 2021, 1st at Ring of Steall 2019, and 2nd at DoloMyths 2019, he will be pushing hard to topple the crown. Frédéric Tranchand (Team Scott, France) is at his first race of the series, fresh legs, 3rd at Golden Trail Championship 2020, 1st Skyrace Des Matheysins 2020. Bart Przedwojewski (Team Salomon, Poland) 5th overall, after 10th at Olla 2021 he took a magnificent 3rd podium spot at the Marathon du Mont-Blanc 2021 getting stronger with each race, Elhousine Elazzaoui (Team Salomon, Morocco) 4th at the Golden Trail Championship 2020, finished 3rd place hand-in-hand with Nadir at DoloMyths in 2019, GTNS Switzerland 2019 winner, had to pull out half way through the Marathon du Mont-Blanc 2021 due to a leg injury, will he be ready for DoloMyths? Rémi Bonnet (Team Salomon/Red Bull, Switzerland) in his 3rd race and 3rd place overall ranking, Thibaut Baronian (Team Salomon, France) always vying for podium position and currently 4th in the overall ranking, Sylvain Cachard (Team Hoka One One, France) 6th in Olla and back for his second race of the series, Christian Mathys (Biel/Bienne Athletics, Switzerland) Johann Baujard (Team Matryx, France), Marcin Rzeszòtko (Team Buff/The North Face, Poland) 7th at the Marathon du Mont-Blanc 2021, and Nicolas Martin (Team Hoka One One, France) is at his second race of the series.

This arial race holds no prisoners, it needs fearless engagement and savage power to run hard at white-knuckled speed. Who’s got the guts and the speed take down Kilian’s 2013 record? Can Judith run to glory?

LIVE stories during the race on the Golden Trail Series Instagram. 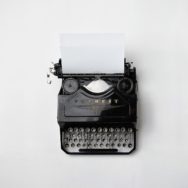